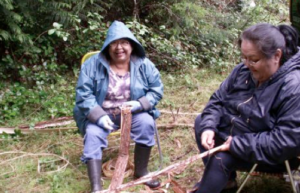 The Hoh Tribe is heavily dependent economically, culturally, and spiritually upon natural resources found within the tribe’s Usual and Accustomed (U & A) hunting, fishing, and gathering area. Through litigation including the Western Boldt decision, the tribe has rights of co-management of natural resources found within the tribe’s U & A, including fish and wildlife. The U & A is much larger than the ceded reservation lands and for conservation purposes includes an area of over 400 square miles of watershed and a marine U & A of over thousands of square miles. For over twenty years the tribe has hired resource professionals to manage tribal hunting and fishing, wildlife, and fishery stocks found within the U & A. Since the Tribe is small, and many federal grants are allocated in direct proportion to the number of persons in the tribe, the amount of funds generated for administration of the resources has consequently been low. The U&A physical size and its fish and wildlife component however rival those of much larger tribes who have access to much greater funding sources. In essence the Hoh tribe has had to do resource management on a very large area, with much fewer resources than many other tribes. This has resulted in the Hoh tribe being under represented in many facets of resource management in the tribal U & A and environmental protection of its ceded reservation lands. 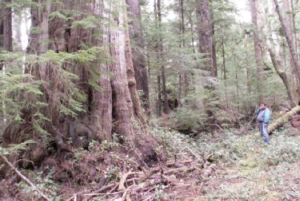 Characterization of the watershed

The Hoh River is on the west Olympic Peninsula in Jefferson County, Washington State. The river flows 56 miles from its headwaters to the Pacific Ocean. The South Fork Hoh River is 17 river miles in length and enters the main stem at the Olympic National Park boundary at RM 30. The upper section of the Hoh watershed lies entirely within the Olympic National Park. The middle section of the river flows through state and industrial forest and valley homesteads. The Lower Hoh River encompasses the lower third of the watershed, 16 river miles from Highway 101 to the Pacific Ocean. 750 miles of tributaries flow into the river below ONP. Of these, 250 miles provide fish habitat. Numerous spring-fed terrace tributaries feed the Hoh River and its tributaries.

The Hoh River watershed is home to four species of wild salmon and steelhead as well as many other fish and wildlife species. Famous for its temperate rainforest and large conifers, the Hoh River is considered one of the few relatively healthy rivers remaining in the lower 48 states. Located at the mouth of the Hoh River, the tiny Hoh Indian Tribe is dependent on the fish and wildlife of the Hoh River for their subsistence and commercial economy. The protection of the watershed’s function is key to preserving these important resources, not only for the tribe, but also for fishing and recreational communities in nearby cities and towns, and up and down the coast. The entire watershed of the Hoh River lies within the Usual and Accustomed (U & A) area of the Hoh Tribe, and the tribe is a partner in all management issues related to the watershed alongside several partners. 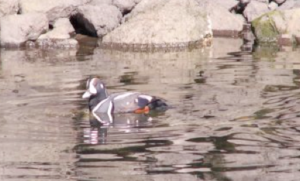 The Hoh Tribe manages resources for the environmental, cultural, and economic benefit of the tribe and neighbors in the Hoh River watershed.

Cedar is used for cultural purposes, for baskets, carvings, canoes, and many other purposes.